The Home of New Jersey Beer 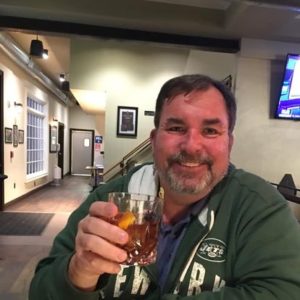 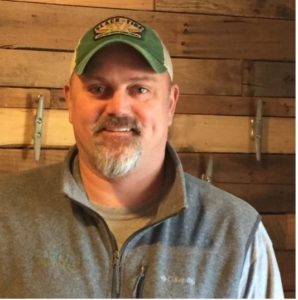 Jason’s interest in craft beer started in college in the mid 90’s as craft beer was just starting to make a name for itself.  He dabbled a bit in homebrewing right out of college and was hooked on craft beer and home brewing ever since.  After meeting his wife and moving to California for five years, his appreciation of craft beer grew as he tasted and explored the craft beers made on the West Coast. However, work and family took a front seat to home brewing until 2011 when Jason received a home brew kit as a Christmas gift. His passion for home brewing was immediately reignited. He and his brother Tadhg, now Head Brewer at Slack Tide, began home brewing every weekend experimenting and refining recipes, some of which became core brands. After working for 15 years as a Sr. Project Manager in Event Marketing and Museum Installations in the corporate world, Jason decided it was time to start a business in his home town area of Cape May County.  So, in 2015 Jason and Tadhg put their love of home brewing and craft beer to work for them and opened Slack Tide Brewing Company.  In 2017 Jason left the corporate world and now works full time at the brewery where he handles sales, marketing and regulatory functions. 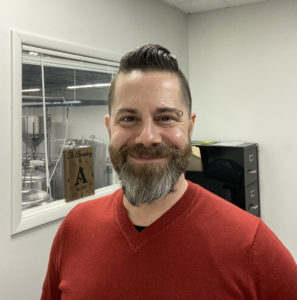 Michael Roosevelt is the co-owner of The Almentary with his husband, Blake. Mike has a PhD in Molecular Biology and spends a lot of time thinking about yeast. When he’s not in the lab, you can find him behind the bar or organizing something on the production floor. 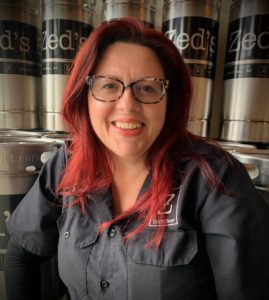 Lori White is the Co-founder of Zed’s Beer in Marlton, NJ; where she is an active collaborator in every aspect of the brewery – from the brewhouse to the taproom to the business office.

She is a proud member of the Pink Boots Society and hopes to soon add Cicerone to her list of accomplishments.  Outside of the brewery, she practices corporate and IP law. 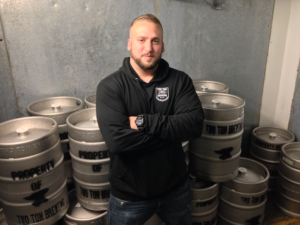 Matt was born and raised in North Jersey and is the youngest of 4 boys. Matt owns and operates Two Ton Brewing with his oldest brother, and father. Matt has 8 years of home brewing experience as well as 6 years of commercial brewing experience. When he’s not brewing beer, he loves fishing, spending time with his family, his girlfriend, and pitbull named Sophie.

Zachary Pashley. Owner/Founder at Gusto Brewing Co in North Cape May, NJ. An active duty Coast Guard Aviator in a previous life, Zack and his wife Adriana founded Gusto in 2018. Just a couple of Cape May County natives now crafting the Southernmost beer in New Jersey.